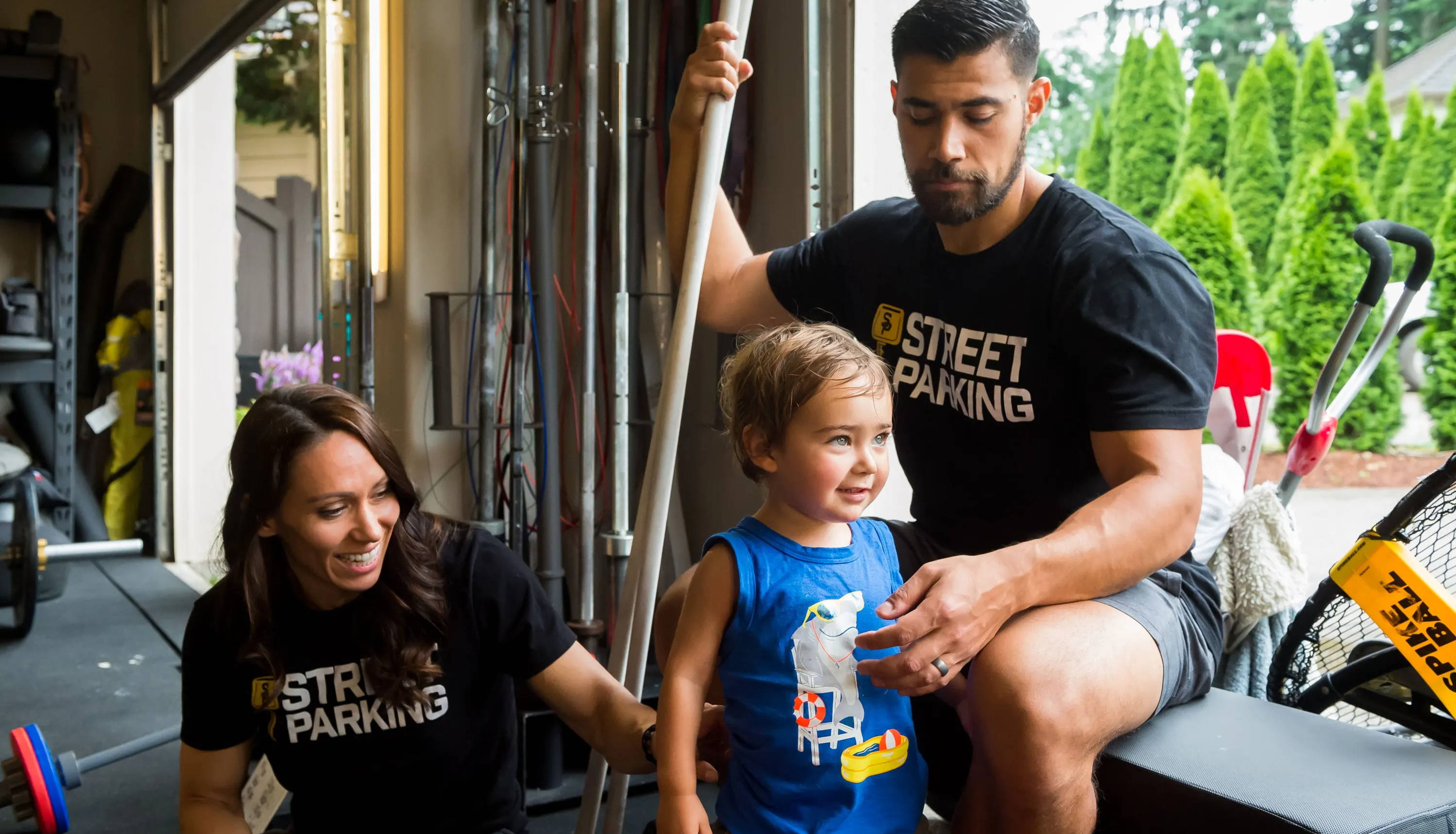 BUILT FROM PASSION.
POWERED BY COMMUNITY.

BUILT FROM PASSION.
POWERED BY COMMUNITY.

BUILT FROM PASSION. POWERED BY COMMUNITY.

"We know what it’s like to try to get or stay fit with a full life and a busy schedule."

You CAN become fit and maintain a high level of fitness with minimal equipment and on a tight schedule. Will it be “easy”? Not at all. You still have to work hard in the time you’ve got, with the space and equipment you’ve got. Let us help you take the guesswork out of your daily workouts AND provide a ***** community to help keep you extremely motivated.

Street Parking was founded by Julian and Miranda Alcaraz in 2016. Miranda – after 15 years in the fitness industry, 8 years on CrossFit HQ seminar staff, and 8 years competing in CrossFit. Julian – after 10 years in the fitness industry, and 5 years competing in CrossFit. Both having trained and competed at the highest level – the CrossFit Games – they found themselves in new territory – busy. Julian was running a business and Miranda had settled into a full time job. At the time the couple was dating and lived over an hour away from each other. They noticed something interesting. The workouts they would post on their social media from HOME – with simple equipment – was what people who followed them responded to most.

An idea was formed. Post the simple workouts we are doing at home – so people can follow along. Charge a fee that is totally doable for most people. Create a community where we can push and motivate each other. The first ever workouts were posted in November 2016 (just a few days before Miranda found out she was pregnant with their baby boy). Memberships went up for sale the week before New Years. Within the first month, Street Parking had 700 Members.

As Street Parking continued to grow and the members were posting about how this had changed the game for them to be able to see success at home. The fire that Julian and Miranda felt to provide the best programming, community, and service possible grew as well. With their own lives about to change forever with the birth of their son – they knew that this was something they wanted to dedicate themselves to 100%. Miranda left her full time job. Julian sold his business.